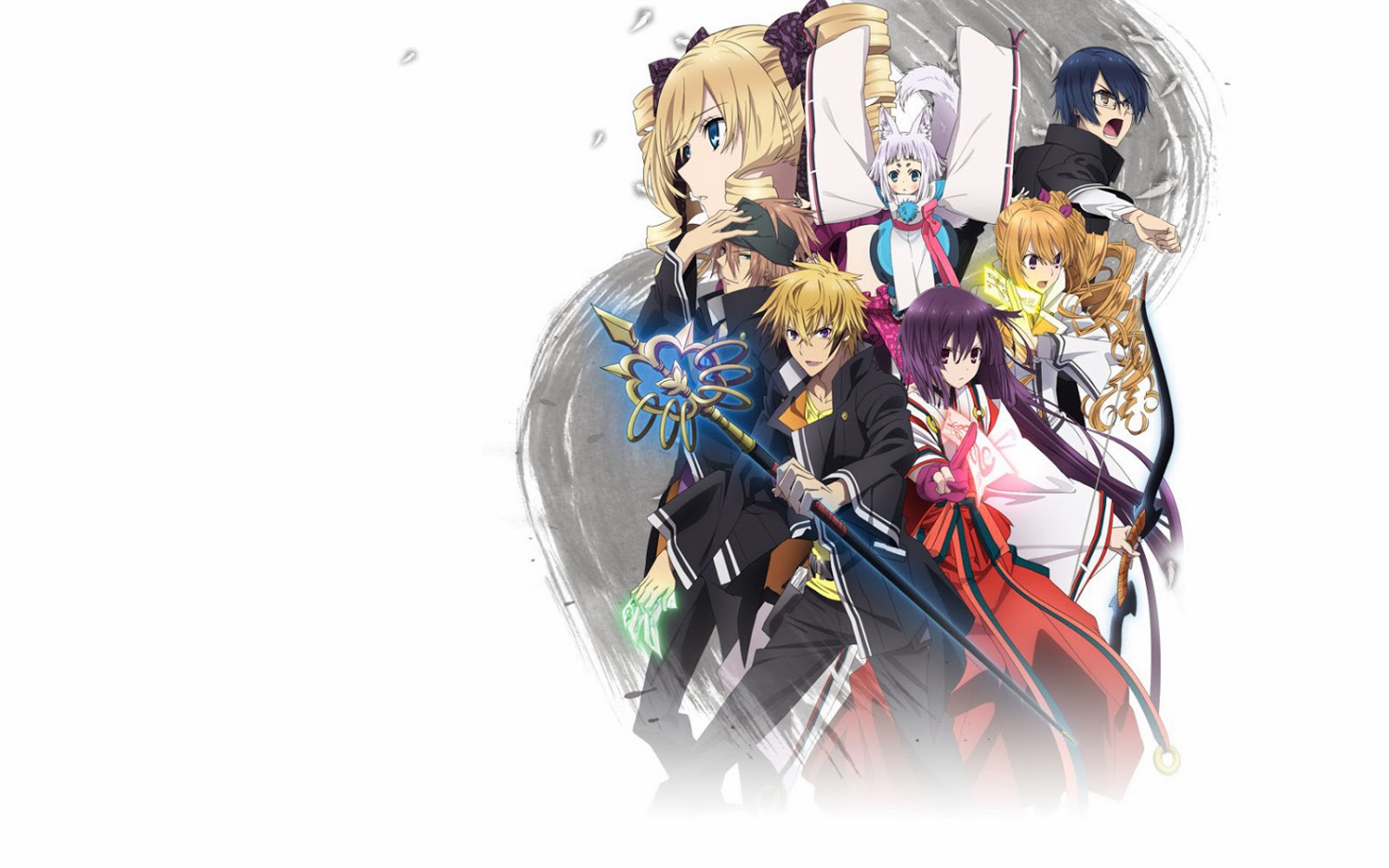 Featuring a rich magical world, a well-written story, and loads of likable characters, Tokyo Ravens is one of the better anime that you're not watching.

A few other students join these three leads to form a classic band of friends. The MCs are a reasonable bunch, but even better are the large number of side characters who take center stage. Nobody feels like a walking cliche or a clone from another series, which is impressive given the diversity of the cast.

Tokyo Ravens can be thought of as modern fantasy with a Japanese spin. Essentially, Tsuchimikado Yakou had revitalized the ancient Japanese art of Onmyoudo to purify spiritual disasters. Certain bloodlines have the ability to see spirits and thus the potential to work as Onmyouji, civil servants who exercise that art.

Students train to become Onmyouji in a special academy, but the action is by no means limited to this school. Conflict and intrigue occur in the streets, skypscrapers, and government buildings of the eponymous city of Tokyo. ("Ravens" is, well... more of a spoiler). The show strikes the right balance between displaying the magic system in flashy battles, and explaining the underlying system through the school.

Tokyo Ravens is very much a fantasy action series. Conflict is mostly resolved by combat, whether through Onmyoudou techniques, or shikigami battles. In between the fights, breather episodes develop the characters and provide some (reasonably humorous) comic relief.

One refreshing feature of the anime is the lack of a status quo. Unlike some series in which episodic climaxes fail to affect the daily lives of the the MCs, Tokyo Ravens consistently integrates new revelations and characters; that is to say, the plot actually moves forward.

The final arc is particularly good, with an absolutely amazing last episode.

With a driven plot instead of an episodic nature, the series has a high marathonability factor. Go for it!

(This was intended to teach Spring 2015 CS 61B students how to submit assignments through git.) Easy submission Before…